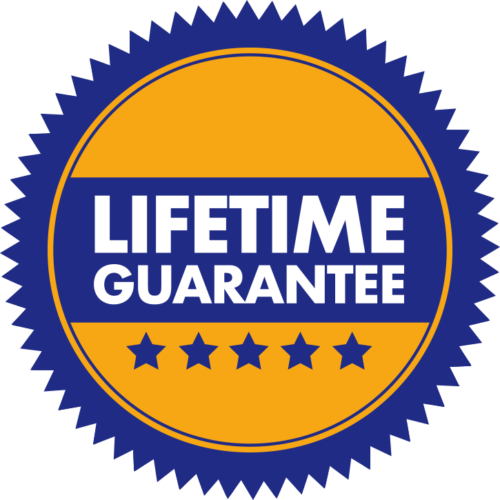 Algae
Rooftop fungus that can leave dark stains on roofing.

Angled Fasteners
Roofing nails and staples driven into the decks at angles not parallel to the deck.

Alligatoring
Shrinkage cracking of the bituminous surface of built-up or smooth surface roofing, producing a patter of deep cracks resembling an alligator hide.

Asphalt
A bituminous waterproofing agent used in various types of roofing materials. It is a highly viscous hydrocarbon produced from the residuum left after the distillation of petroleum.

ASTM
The American Society for Testing and Materials. Organization that sets standards for a wide variety of materials, including roofing.

Base Flashing
Base flashing forms the upturned edges of watertight membrane.

Blister / Blistering
A spongy raised portion of roofing membrane as a result of pressure from entrapped air or water vapor. In shingles blisters are caused by either moisture under the material or moisture trapped inside the material.

Blow-Offs
When shingles are subjected to high winds, and are forced off a roof deck.

Buckling
When a wrinkle or ripple affects shingles or their underlayments.

Cant Strip
A continuous strip of triangular cross-section, fitted into the angle formed by a structural deck and a wall or other vertical surface, and used to provide gradual transition for base flashing and horizontal roof membrane.

Caulk
To fill a joint with mastic or asphalt cement to prevent leaks.

Class “A”
Highest fire-resistance rating for roofing. Indicates that roofing material is able to withstand severe exposure to fire originating from sources outside the building.

Class “B”
Fire-resistance rating that indicates roofing materials are able to withstand moderate exposure to fire originate from sources outside the building.

Class “C”
Fire-resistance rating that indicates roofing materials are able to withstand light exposure to fire originating from outside the building.

Collar/Boot
Pre-formed flange placed over a vent pipe to seal the roof around the vent pipe opening. Also referred to as a pipe boot.

Crack
A break in a roofing membrane as a result of flexing, often occurring at a ridge or wrinkle.

Cricket
A peaked water diverter installed behind chimneys and other large roof projections. Effectively diverts water around projections and prevent ice accumulation of snow and ice.

Cupping
When shingles are improperly installed over an existing roof or are over-exposed, they may form a curl or cup. May also be due to a manufacturing defect.

Deck
The substrate over which roofing is applied. Usually plywood, wood boards, or planks. A commercial roof deck may consist of metal or concrete.

Dormer
A raised roof extending out of a larger roof plane.

Drip Edge
An installed lip that keeps shingles up off the deck at edges, and extends shingles out over eaves and gutters, and prevents water from returning back into roof. Prolongs life-expectancy of fascia and exterior finishes.

Expansion Joint
A deliberate separation of two roof areas to allow expansion and contraction movements of the parts.

Eaves
The roof edge from the fascia to the structure’s outside wall. Generally the first three feet across a roof. This is the protective overhang at the lower edge of a sloped roof.

EWA
Engineered Wood Association, Tests and sets standards for all varieties of plywoods used in the U.S.

Exposure
Area’s on a roof that are exposed to natural elements.

Fascia
The finish member covering the edge or eaves of a flat or sloping roof or roof overhang.

Fasteners
Nails or staples used to secure roofing to the deck.

Felt
A flexible sheet that is saturated with asphalt and used as an underlayment, sometimes called “tar paper.”

Fiberglas Mat
Fibers that are wove and condensed into strong, resilient mats for use in various roofing materials.

Fishmouth
An opening of the lapped edge of applied felt in built-up roofing due to adhesion failure.

Flange
Metal pan extending up or down a roof slope around flashing pieces. Usually at chimneys and plumbing vents.

Flashing
Materials used to waterproof a roof around any projections. Connecting devices that seal membrane joints, drains, gravel stops and other places where membrane is interrupted.

Gable
The upper portion of a sidewall that comes to a triangular point at the ridge of a sloping roof. Trim that goes on this part of a roof is called gable or rake trim.

Gambrel Roof
A type of roof containing two sloping planes of different pitch on each side of the ridge. The lower plane has a steeper slope than the upper. Contains a gable at each end.

Granules
Crushed rock that is coated with ceramic coating and fired, used as top surface on shingles.

Hand-Sealing
This method is used on very steep slopes, high wind areas, and when installing in cold weather to ensure that a proper seal is made.

High Nailing
When shingles are nailed or fastened above the manufacture’s specified nail location.

Hip
The inclined external angle formed by the intersection of two sloping roof planes. Runs from the ridge to the eaves.

Hip Roof
A roof with four roof planes coming together at a peak and four separate hip legs. This type of roof does not contain a gable.

Ice Dam
When a snow load melts on a roof and re-freezes at the eave areas. Ice dams force water to back-up under shingles and cause leakage. Ice dams may be caused by a roof without proper ventilation.

The part of a ventilation system used to draw fresh air in. Usually vents installed in the soffit or along the eaves of a building.

Laminated Shingles
Shingles made form two separate pieces that are laminated together. These shingles are also referred to as dimensional and/or architectural shingles.

Laps / Lap Seams
The areas on a roof where roll roofing materials (including underlayments) overlap one another when installed.

Lean-to Roof
A roof with one slope only that is built against a higher wall.

Low Slopes
Roof pitches less than 4/12 are generally considered low sloped roofs. Only certain roofing applications can be applied on roofs with slopes of 2/12 – 4/12. Generally shingles can not be installed at slopes less than 2/12 (varies by city/county building code requirements).

Mansard
A roof design with a nearly vertical roof plane that ties into a roof plane of less slope at its peak. This type of roof contains no gables.

Mats
Base material of shingles and certain rolled roofing products.

Modified Bitumen
Asphalt with the addition of polymer modifiers to increase cold temperature flexibility and warm temperature flow resistance and stability. Reinforcement material is made of polyester or fiberglass.

Nail-Pop
When a nail not fully driven into roofing material and sits up off the roof deck.

Open Valley
Valley installed using metal down the middle of the valley of the roof.

Organic Shingles
Shingles are made from organic (paper) mats.

OSB
Oriented Strand Board. A decking made from wood chips and lamination glues.

Overhang
The portion of the roof structure that extends beyond the exterior walls of a building.

Parapet
The part of the wall entirely above the roof.

Plumbing Vent Flashing
Prevents rainwater from running into holes cut for pipes in the roof. This flashing is sold according to the size of the vent pipe and the roof angle. Roofing material is installed over the flashing.

Plywood
Plywood is often used for roof decks. It is a strong, durable and lightweight wood material. The thickness of plywood depends on the spacing of the rafters.

Ponding
The collection of water in shallow pools on the roof surface.

Purlin
Horizontal lengths of material, wood or metal, that are affixed to the roof and to which the finished roofing material is attached to.

Recover
The installation of a new roof system over an existing system without removing the existing roofing system. Referred to as an overlay.

Re-roofing
Installing a new roof system on an existing structure that is not newly built.

Rise
The vertical distance from the eaves line to the ridge.

Roof Plane
A roofing area defined by having four separate edges. One side of a gable, hip, or mansard roof.

Run
The horizontal distance from the eaves to a point directly under the ridge. One half the span.

Self-Sealant
Sealant installed on shingles. After installation, heat and sun will activate sealant to seal the shingles to each other.

Selvage
The non exposed are on rolled roofing without granules. Designed for installation to sealant.

Shed Roof
Roof structure of single roof plane. It is an area that doe not tie into any other roofs. Does not contain any hip, ridges, valleys or gables.

Side Walls
Area where a vertical roof plane meets a vertical wall. Such as on the sides of dormers, etc.

Slope
The ratio between the measures of the rise and the horizontal span.

Soffit
The finish on the underside of a roof overhang.

Intake ventilation installed under the eaves, or at the roof edge.

Span
The horizontal distance from eaves to eaves.

Starter Strip
This the first course of roofing installed on a new asphalt roof. This is sometimes trimmed from the main roof material.

Steep Slope Roofing
Generally all slopes/pitches higher than 4/12 are referred to as steep slopes.

Tab
The bottom portion of a traditional shingle separated by the shingle cut-outs.

Tear-Off
Removal of existing roofing materials on roof down to the deck. This includes removing existing underlayment.

Telegraphing
When shingles show signs of unevenness due to the underlayment or existing shingles beneath them.

Tongue and Groove
If a roof can be seen on the underside such as from an interior ceiling view, tongue and groove is used in place of plywood or OSB. It is a wood decking that provides great insulation without additional rigid roof insulation in moderate climates.

Transitions
When a roof plane ties into another roof plane that has a different pitch or slope.

Underdriven
Description for a fastener that is not fully drive flush to the shingle surface.

Underlayments
Asphalt based rolled materials designed to be installed under main roofing material to serve as added protection.

Valley
The “V” created where two sloping roofs meet. This is where two roofs join at an angle.

Vent
Any outlet for air that protrudes through the roof deck such as a pipe or stack. Any devise installed on the roof, gable or soffit for the purpose of ventilating the underside of the roof deck.

Warm Wall
The finished wall inside of a structure, used in roofing to determine how far up the deck to install waterproof underlayments at eaves.

Warranty
The written promise to the owner for materials and labor.

Woven Valleys
The method of installing valleys by laying one shingle over the other up the valley center.

What People Are Saying

We have used Sunny Roofing for several repairs and replacements. They always do an outstanding job with fantastic customer service and follow through. Sunny Roofing is highly recomended!